Does this generation even know what it is like to have nothing?  That thought has crossed my mind a lot. As my children and I watch TV all I hear is “Mommy can I have that”? My first assumption was that as a mom I have missed something. Sometimes it seems that there is no appreciation for what we have or have earned.  Earning something is part of the process.

For example, my oldest son who is now 17 came home with a raise. He works part-time and has been given a raise.  Now first, let me say that he is a hard worker. As a homeschooler he does manage his time well.  When focused he is very diligent.

When I asked him does he know that he has a great job his response was ” Yes, but the cost of living is more today than it was when you were young”. He doesn’t have a cost of living! My son lives with us. Anyway handing something to kids, teenagers, toddlers or just about anyone doesn’t give them the great privilege of earning it. Part of the journey is earning the wage. It gives satisfaction. Am I right? Part of his new financial curriculum for homeschool will be the smart money course that Dave Ramsey has for teenagers.  This will maybe enlighten him on the cost of living. 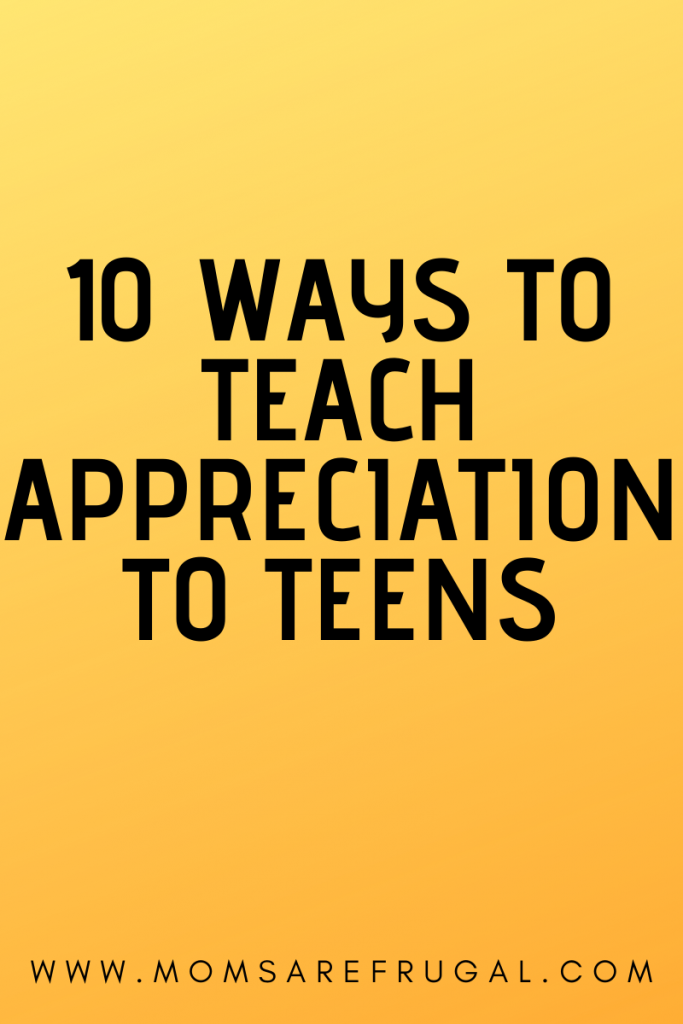 All of these ideas are ones that I am putting in place, or have put in place.  I want them to appreciate what they have.  It is important so when they are older they will be more at peace and content. Appreciation can also be modeled….remember they model what parents model.

For more posts on teens:

5 Ways To Teach Your Teens About A Budget

Teaching Your Kids To Be Thankful