Kids that are arguing, bickering, or fighting all the time can make a house seem less than peaceful.  No peace to be had when discontentment arises. Our home has four boys’, and of those four, two cannot seem to agree. Everything is a battle, and I mean EVERYTHING!

After examining the circumstances surrounding the disagreements or fighting and dissecting the situation a solution came to mind, It was simple and solved the immediate problem of the battle over toys.  As I sat and watched them play together, it was easier to determine the cause over a disagreement. Disagreements broke during indoor or outdoor play. Basically it was a battle of selfishness. Many times in life our battles come from within.

As we sifted through toys and re-enacted a situation where one was just sure his brother had taken something that was his, it was soon found to be a true statement or not true. One way or the other the offender would be flushed out. Re- enacting a situation helps me to walk through the problem.

My simple solution to the problem was to separate the toys and give boundaries.

Separating toys into piles of favorites and non favorites allowed each child to see what they had and how much it meant to them. I don’t get rid of toys. We have a lot of toys from age 1 – 10. Most of the toys are in the play area to be rotated.

Why do we have a  6 year olds playing with baby toys?

One, because I spent money on them and the kids still play with them, favorite or not. Two, even a toy for a one year old can be used in an imaginative play scene. When they get the toys out and create a star wars scene no toy is too young or old.

My solution worked by allowing the children to see what was a favorite and what is not.  NOT all of the toys were theirs, and they didn’t care so much about letting the other one play with the “non-favorites”.

Kids need boundaries, adults need boundaries. For some reason we are creatures that will add to our pile and keep adding until someone tells us to stop.  I separated into two piles. Each child has their own shelf.  That means no one else could play with those toys without their permission. The outside toys had to have boundaries too.

The other person’s toys always, always looks better than their own. Selfishness will always raise it’s head, hopefully along the path of childhood I can help them step back. Sort out the situation. Recognize the problem. Initiate a simple and effective solution.

My husband and I have had some successes and failures following our new procedures on the toys, but for the most part success. Kids cannot be expected to work out problems when we as adults have issues in that area.

The success is we have narrowed down one of problems, worked on a solution, and communicate with the children ways to handle a disagreement. The failure is…..no day goes perfectly!

But one of the big lessons I have learned from my journey is you can’t please everyone, so don’t try.

Previous Post: « 5 Ways A Daily Schedule Stops Kids From Fighting
Next Post: How To Set Up An Easy Homeschool Schedule » 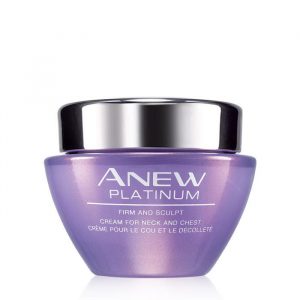